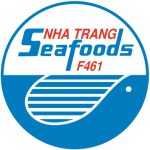 Located in Thot Not district, Can Tho City, Vietnam, NTSF Seafoods processes approximately 2,000 metric tons of Pangasius annually. The company’s Pangasius products are exported to a number of markets, including the United States, the United Kingdom and Germany.

“We understand that we need to be sustainable, and we found that BAP certification helps us to prove this to our customers,” said Vu Anh Thu of NTSF Seafoods. “BAP certification assures that we’re producing Pangasius in a safe and environmentally and socially responsible manner.”

At the end of March, the annual output of BAP-certified Pangasius processing plants totaled more than 143,500 metric tons. The first Pangasius facility was certified in March 2011.