“Congratulations to the management of Northern Harvest on attaining hatchery, feed mill, farm and processing plant certification to the BAP standards. It’s the first company to achieve BAP four-star status for salmon, and this is a tribute to the company’s leadership,” said GAA Executive Director Wally Stevens. 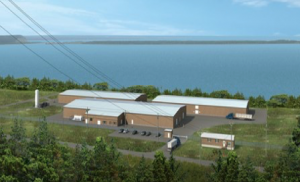 Larry Ingalls, company president, said the achievement is a direct reflection of the commitment that Northern Harvest management and employees have toward sustainability. “Our employees and their families live in the same areas where we operate,” he said. “We eat the products we produce and we are all committed to ensuring the long term viability of our operations as well as environmental sustainability. We have proven once again that being a small, family-owned operation does not mean we cannot be a global industry leader.”

About Northern Harvest
Founded in 1985 by the Ingalls family, Northern Harvest produces the finest marine farmed salmon in Atlantic Canada and is one of North America’s largest aquaculture companies, with salmon production levels in excess of 15,000 tons annually. Northern Harvest sells exclusively fresh never frozen salmon in the U.S. and Canadian markets.